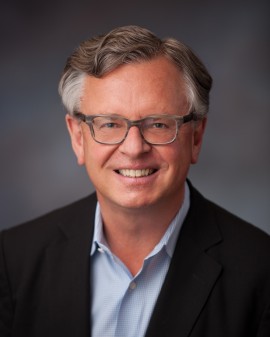 Metropolitan Family Service (MFS) will recognize and honor Christopher R. Hermann with the 2014 Thomas Stoel Award for Volunteer Commitment to Community at a spring recognition luncheon to be held on May 28.

Hermann, a partner at Stoel Rives LLP, has a long history of charitable involvement and support in the Portland community, playing an active role in fundraising events including many years of leadership on local nonprofit boards, including service on the Metropolitan Family Service Board of Directors. Currently, he is incoming board chair of the Classic Wines Auction, which raised more than $3.4 million this year for five local charities helping children and families in Portland and Southwest Washington.

“Chris has a big heart for philanthropic causes, especially those related to kids and education,” said Judy Strand, CEO of Metropolitan Family Service. She added, “We are honored to recognize his longtime investment of leadership, involvement and support for MFS and for our greater community.”

Hermann is the first attorney at Stoel Rives to receive this award since its inception 12 years ago, recognizing one of MFS’ founding board members Thomas B. Stoel.

History of past award recipients:

Thomas B. Stoel was a nationally recognized corporate and tax lawyer, cofounder of the firm that bears his name, Stoel Rives. As one of Portland’s leading citizens, Mr. Stoel helped establish many local charitable foundations and he played a significant role in promoting philanthropy in our region.

Metropolitan Family Service (MFS) provides help to more than 30,000 children, families, and older adults in the greater Portland and SW Washington area each year. With a mission to help people move beyond the limitations of poverty, inequity and social isolation, MFS delivers proven programs to help people succeed at home, in school and in the community

For more additional information contact MFS Director of Communications Darrin Swaim at 503.232.0007 ext. 170. You can also visit our website at www.metfamily.org.

May 22, 2014
FacebookshareTwittertweetGoogle+share
You know who you have been . . . who do you want to become?Classic Wines Auction Presents $738,333 to Metropolitan Family Service